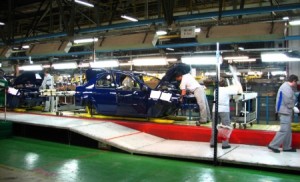 Dacia factory employees from Mioveni will be compelled to take two extra days off for the holidays. Dacia employees will be able to opt for an alternative on the 3rd and 4th of January, when the production is ceased, between receiving 85% of the pay corresponding to the two days or going on annual leave, paid in full, the automaker announced following a protest the company employees.

The Dacia management took this decision after employees have expressed dissatisfaction with the initial decision to go on unpaid leave that the company’s management had taken initially.