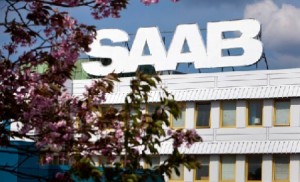 The current owner of bankrupt carmaker Saab has sued former partner General Motors for $3bn (£1.9bn), according to BBC. Spyker Cars accuses GM of forcing the Swedish car firm out of business by interfering with a potential sale.

Saab had been in takeover talks with a Chinese firm and filed for bankruptcy in December when those talks failed. GM, which owned part of Saab, did not want Chinese carmakers accessing Saab’s technology licences. The US firm called the allegations “baseless”.

It told the BBC: “We have reviewed the complaint, and it is completely without merit. We will vigorously defend the company.” Spyker chief executive Victor Muller told the BBC: “There was no situation that required GM’s consent but nevertheless, they took a public stance.

“They abused their position to coerce us into bankruptcy,” he added.

Spyker, the Dutch carmaker, filed its lawsuit in a US court in the state of Michigan on Monday. GM has 20 days to respond.

“GM’s actions had the direct and intended objective of driving Saab Automobile into bankruptcy, a result of GM’s tortuously interfering with a transaction between Saab Automobile, Spyker and Chinese investor Youngman that would have permitted Saab Automobile to restructure and remain a solvent going concern,” Spyker said.