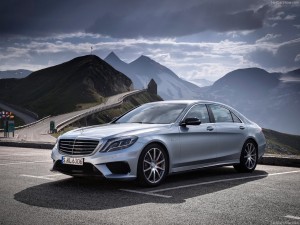 In these pages we focus on design, breakthroughs, enabling technologies and concepts and it’s rare that we look at product that has been in the marketplace for some time, much less second-hand product. But when we saw what UK company automotive warranty company was up to, we know you’ll agree that it’s worth a mention.

As a privately owned insurance intermediary, the firm collects lots of data about warranty issues – something you’ll never find out from the only other people who have access to the information (the manufacturers). In a very clever move, it has taken this secondary data and produced a reliability index – an independent comparison of frequency of failure across the 55,000 vehicles it insures.

Read on for a list of the 100 most reliable used cars over the past decade. And before you take a peek, have a guess at where the best Japanese, German, Swedish, British, Korean and French-built cars will rank. You won’t even come close!

Firstly, the company is Warranty Direct, and their reliability index can be found here. Secondly, congratulations to the Honda Accord which ranked at number one, and to Honda, Nissan and Toyota who all managed two cars in the top 10.

Thirdly, congratulations to the Japanese automotive industry which supplied every car in the Top 10, and an amazing 16 of the Top 20. The highest placed non-Japanese model was the British built Jaguar X-Type in 13th with the mighty German automotive industry first appearing at number 25.

Volvo’s S/V40 was the highest placed Swedish manufacturer in 15th, with the nation’s most popular manufacturer, Ford, delivering its best ranked model, the Ka, in 22nd. Hyundai’s Lantra was the pick of the Koreans and the Citroen Xsara was the best-placed French model at number 26.

And a very special mention to Toyota – Toyota has an ambition to become the world’s largest motor company and on the results of this survey, it fully deserves to get there.

It scored as well as any other manufacturer in the top ten cars with two contenders, but also took eleventh spot with the Lexus IS 200, fourteenth with the Landcruiser, 19th with the Carina E, and 21st with the Lexus 400 – six cars in the top 21 represents a fantastic effort but a look down the list confirms what we’d always suspected – they have been building the most reliable cars for a long time – long product lines such as the Celica and Corolla are also there.

Those cars have been produced for 30 years in vast numbers – it’s not just one very reliable model here and there – .

“Obviously reliability is not the main reason why someone might choose one model over another, but it is still an important consideration for the majority,” says Duncan McClure Fisher of Warranty Direct.

“However, used car buyers are considerably more cautious. Japanese models may not be the most charismatic but you’re unlikely to spend a great deal of money and time in the garage keeping it on the road.”

Just a note to ensure fairness – cars with extended warranties are unlikely to appear on this list, for obvious reasons. As some manufacturers offer such schemes across the range, they will also be under-represented.

The 10 most reliable cars according to Warranty Direct: