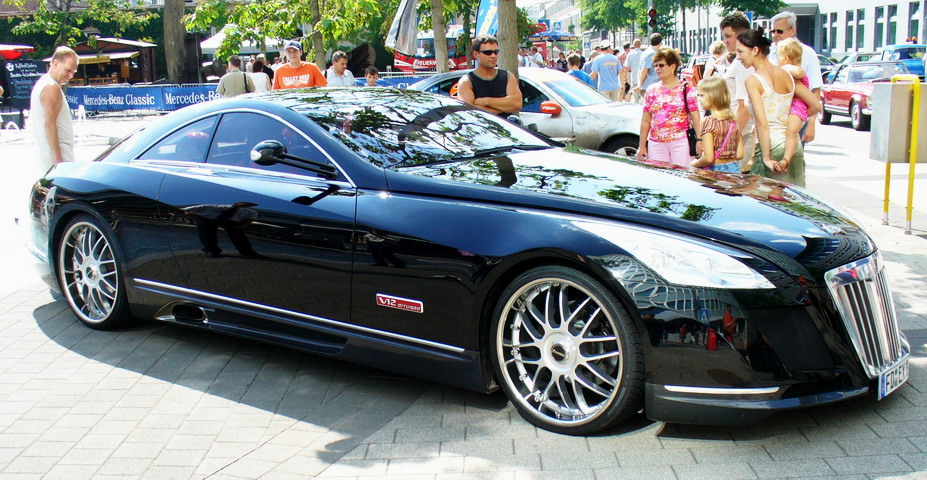 The engineers at Exelero have built a truly amazing supercar. The Maybach Exelero is a one-of-a kind, handbuilt, 700 horsepower monster.

The Exelero was originally commission by the Fulga Tire Company, who wanted to build a car of vast size and capability to prove they could make extra large low profile tires that could carry 6000 lbs and go 200 mph.

The final cost: 8 million dollars. No other sports car in the world has tires this large.

What kind of vast size are we talking about? This car is 19 feet long, has 23 inch wheels and a gas mileage of 2.5 mpg at full throttle.

However, the worldwide reaction to the car has been so strong that Mercedes execs admitted they are considering a Maybach two-seater, although officially ? there are no immediate plans.?