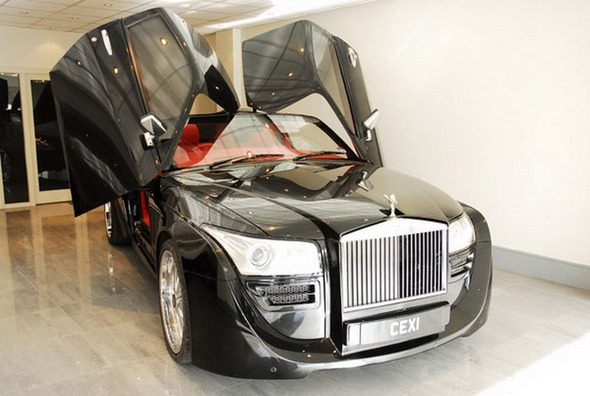 We won’t even ask you if you remember DC Design’s coach-built Rolls Royce Coupe (how can one forget such a gem…), so let’s cut to the chase and tell you that the one-off creation by the Indian designer Dilip Chhabria has been listed for sale by a London-based company at a whopping £750,000, equal to US$1,176,000 or €865,000 at today’s exchange rates.

The Rolls Royce Coupe, nicknamed “The Black Ruby”, is something like Batmobile meets Nissan 350Z after crashing out with a Maybach Exelero.

According to the seller, the Rolls Royce-based model that comes complete with Ferrari Enzo-style doors, was originally created by the Indian-based designing firm for a Maharajah for his private collection. More photos after the break.