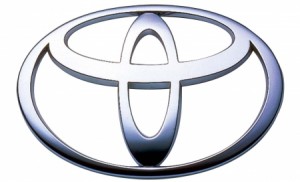 Toyota Motor Cop. is testing car safety systems that allow vehicles to communicate with each other and with the roads they are on in a just completed facility in Japan the size of three baseball stadiums.
The cars at the Intelligent Transport System site receive information from sensors and transmitters installed on the streets to minimize the risk of accidents in situations such as missing a red traffic light, cars advancing from blind spots and pedestrians crossing the street. The system also tests cars that transmit such information to each other.

In a test drive for reporters Monday, the presence of a pedestrian triggered a beeping sound in the car and a picture of a person popped up on a screen in front of the driver. A picture of an arrow popped up to indicate an approaching car at an intersection. An electronic female voice said, ‘‘It’s a red light,’’ if the driver was about to ignore a red light.

Toyota officials said the smart-car technology it is developing will be tested on some Japanese roads starting in 2014. Similar tests are planned for the U.S., although details were not decided. Such technology is expected to be effective because half of car accidents happen at intersections, according to Toyota.

Cars that stop and go on their own, avoiding accidents, are not pure science fiction, experts say.

Alberto Broggi, professor at the University of Parma and an expert on intelligent transportation systems, said the idea of the accident-free cars is ‘‘very hot,’’ and probably within reach on some roads within several years.

‘‘I’m sure we will arrive to such a technology even if I don’t know when exactly,’’ he said.