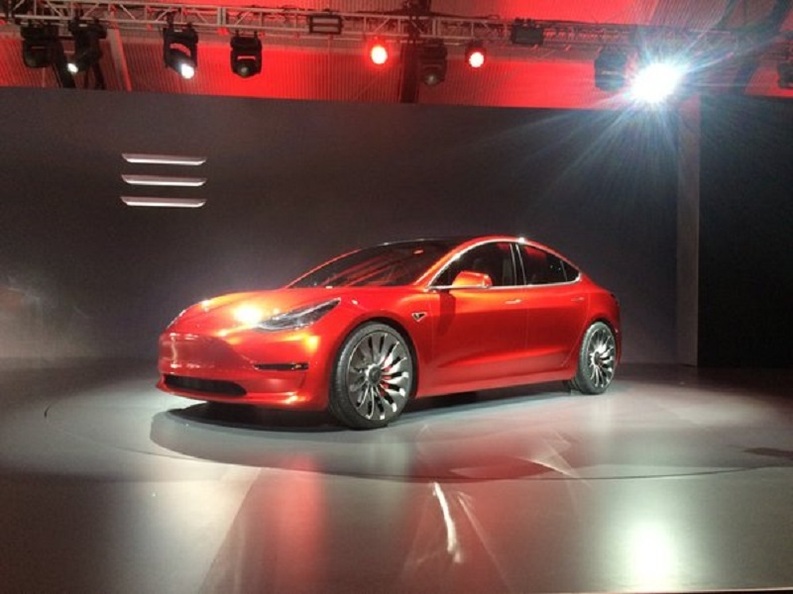 Tesla has finally unveiled the highly anticipated Model 3, hours after fans around the globe already began lining up at its stores to order the luxury brand’s new affordable vehicle.

Boss Elon Musk dramatically revealed a red, silver and matte black model of the electric car after a lengthy talk that covered the company’s dedication to the environment and journey to affordability.

He also revealed the Model 3 will be able to go zero to 60mph in less than six seconds, saying: ‘At Tesla, we don’t make slow cars’.

The billionaire founder noted that the car will be able to travel a distance of 215 miles per charge, at minimum, and will fit five adults comfortably.

The slick design features a roof made of one continuous pane of glass, which Musk said will give passengers amazing headroom and a ‘feeling of openness’.

It is also 20 percent smaller in stature than the Model S and will be fitted with autopilot features.

Like the Model S that came before it, Model 3 will feature front and rear trunks and boasts more cargo capacity than any gasoline car of the same external dimensions.

And Musk promises that a 7-foot surfboard will be able to fit inside.