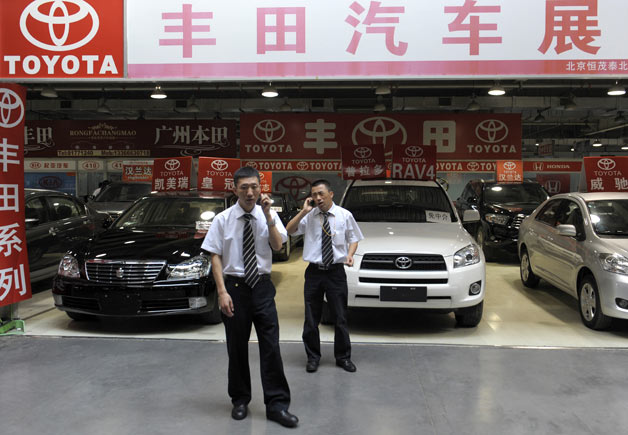 Bloomberg reports China may be set to step up subsidies for hybrid and fuel-efficient new automobiles. The country’s industry minister, Miao Wei, said, “New-energy vehicles are the future. Fuel-efficient cars are now,” while speaking with reporters at the National People’s Congress. So far, the Chinese government hasn’t had much luck talking buyers into fuel-efficient models. Last year, the country forecast total electric vehicle sales to reach 500,000 by 2014, but 2012 only saw 13,000 models sold. Rather than adjust those targets, some analysts believe China will extend incentives to hybrid vehicles as well.

China just concluded a three-year pilot program that gave buyers the equivalent of $9,650 toward the purchase of an EV and $8,045 for plug-in hybrids. Standard hybrids, meanwhile, only saw incentives of $482.73. But that may change as the country moves toward its target of selling a combined five million EV, plug-in and hybrid models by 2020. If China does increase its hybrid incentives, the news may help Toyota more than any other company. Like other Japanese automakers, Toyota has seen sales slide off in the wake of an ongoing territorial dispute between the Chinese and Japanese governments. But stronger incentives may make the Toyota Prius, the world’s most popular hybrid, attractive enough to overcome those hurdles.