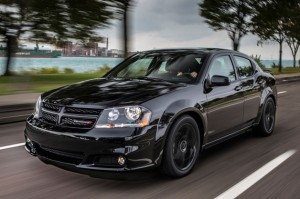 Sub-prime borrowers are buying completely different cars than everyone else, at least according to data gathered by Carfinance.com. This financing company that specializes in helping “below-prime” borrowers finance their car purchases looked at data gathered from between October 2012 and March 2013. According to their numbers, the top 10 new cars bought by sub-prime borrowers during that time are as follows.

Small and midsize sedans dominate the sub-prime borrowers shopping list, though not the same four-doors as the general public is buying in droves. Whereas the Toyota Camry, Honda Accord and Nissan Altima are the three top-selling midsize sedans in the US overall, sub-prime borrowers only have eyes for the midsize Dodge Avenger. In fact, the only vehicle that makes an appearance both here and on the list of top 10 selling vehicles overall is the Ram 1500.

Speaking of which, the Ram pickup also tops the list of top 10 used vehicles purchased by sub-prime borrowers (below), which also includes fullsize pickups from Ford and Chevy, as well as the lone example of what might be considered a less-than-practical purchase on either list, the Ford Mustang. The list of top used vehicles also shows that buyers are getting more car for their money, moving up to mid- and fullsize cars with nary a compact in sight.

What’s the takeaway? Considering this data comes only from a six-month period, and from a single company’s set of customers as well, we shouldn’t give it too much weight. Still, the lists do suggest what we already expected, that sub-prime borrowers aren’t usually buying what they want, but rather what they need.