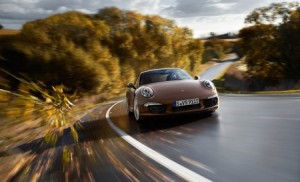 Porsche revealed the fifth-generation 911 Carrera 4 and Carrera 4S all-wheel-drive sports car previewing the premiere of the two 2012 models at the Paris Motor Show in September, according to speedtv.com.

The new models feature the latest version of the active AWD Porsche Traction Management (PTM) system that maintains a rear drive bias while providing increased grip in all conditions.

Thabks to the PTM system, the lighter Carrera 4 and 4S models are expected to be faster and more agile around the bends than their predecessors.